Introduction to the Blog

November 17, 2017
Unfortunately, I never read a book by Robert B. Parker until he passed away.

I began working in my local library immediately after high school. My job was to reshelve books, and there is no better way of discovering popular authors. You begin to see the same names and series over and over again. As a fairly well read seventeen year old, I thought I was pretty knowledgeable about books and "good" authors. Of course, we are all more ignorant than we think we are, and never is this more true when you are seventeen. For every Stephen King or Michael Crichton that I knew and read, there were always a couple of names that I saw repeatedly and knew nothing about.

Robert B. Parker was one of those names that appeared, day in and day out. The covers and titles intrigued me and the plot descriptions sounded interesting. For whatever reason, and I really couldn't tell you why, I didn't pick up one of his novels then. I continued to browse and admire but I kept my distance.

I still remember the day that Robert B. Parker died. I saw a notice on Twitter that he had passed away. I began to see authors that I admired were remarking upon his death and his legacy in positive, glowing terms.

"Well, now is as good a time as any to give a book of his a shot," I thought. 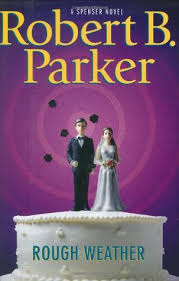 I picked up Rough Weather, one of the later Spenser novels, mostly because I liked the image on the book jacket. I had no idea about Spenser, his companions and enemies, or his greater mythos. I had no idea that I was starting near the end of Spenser's story.

None of that really mattered to me. The first chapter of the novel was solid, humorous, and, as I would come to find out, the typical opening scene of nearly every Spenser novel: someone coming to Spenser for help. The second chapter made me literally laugh out loud in the middle of the restaurant where I was eating lunch.


After that exchange, I knew that Robert B. Parker was going to be a favorite of mine. Not only was his dialogue believable and funny, he made it all seem so easy. Writers who make writing seem effortless are some of the best writers, in my opinion. If you don't believe me, try writing any kind of prose and see. 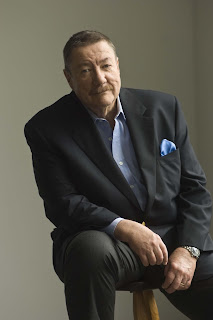 I decided to start at the beginning and bought a copy of  The Godwulf Manuscript, and devoured that one in record time. I have never looked back. I followed Spenser throughout his career, and began to read Parker's other series and standalone novels.

Ace Atkins has remarked that he turned to the Spenser novels after his father died and he was feeling lost. I understand exactly what he meant. I have turned to Spenser, as well as Parker's other characters, in good and bad times. Reading their stories was always like dropping in and visiting old friends, and, always, there was Parker's voice itself: funny, warm, and wise.

My goal for this blog is not only to chronicle my love and appreciation of Robert B. Parker's work, it is also to hopefully build a community for fans of his work. I also hope that individuals who have not read any of his work might be persuaded to give one of his books a chance.

At the end of Star Trek II: The Wrath of Khan, Dr. Leonard McCoy, speaking of the recently deceased Mr. Spock, remarks, "He's not really dead, as long as we remember him."

Likewise, Dr. Parker is not really gone, as long as we continue to read and celebrate him.